If your dishwasher is making noises when off, the anti-flood device might be on due to a leaky valve or a drain valve that is routed wrong. The off button or switch might also not be working properly. Consider that the noises might be coming from a nearby appliance as well.

The Main Reason Dishwashers Make Noise When Off

While there can be several reasons dishwashers make strange noises when they are operating, if it is making noise when it is off, it is usually because of the drain pump running when it is not supposed to run.

How does the anti-flood device ensure that the dishwasher does not overflow? First, it will clear the dishwasher of any water that is in it. It will also stop new water from coming in by disabling the valves and pipes that are supplying new water to the dishwasher.

Why Is the Anti-Flood Device Activated?

Why would the anti-flood device be activated if there is no water supposed to be coming into the dishwasher machine? If the dishwasher is not even running, why is water coming in?

You might have a leaky valve that is causing water to leak into the dishwashing machine. Another common reason is that the drain line is not routed properly.

A drain line that is not routed properly might be causing water to get back into the dishwashing machine instead of draining it out. As such, the drain pump will be continually busy. It will never be able to get rid of the water it is trying to drain.

Causes of Rattling Noises Coming From a Dishwasher When Off

Other Reasons Your Dishwasher Is Making Noise

There can be other reasons your dishwasher is making noise even while it is off. One reason might be that the off switch is broken. As such, you might think you are turning off your dishwasher, but you aren’t. That is why it will continue to make noises even after turning off the switch or pressing the off button.

Whether the off button does not work altogether or there is some kind of electrical problem causing the motor to run even after you turn off the machine is up to a professional to decide. A technician might be able to figure out what is wrong.

If your dishwasher door is not closing properly, you might hear a clicking noise. The door might be trying to lock, if there is a lock feature, and is unable to. That might be something worth checking, too.

Another reason you might not have thought of is that there may be rats or mice in the walls. That would explain scurrying and scratching noises. Again, these noises might sound like they are coming from the dishwasher’s direction, but the dishwasher might not be the culprit here.

After all, you hear the noises while the dishwasher is turned off, so you might want to think of other causes.

How to Fix Noises From a Dishwasher

While you might be able to replace a leaky valve yourself, most people will not be able to. We recommend calling a technician so they can figure out what is going on with your dishwasher and whether the noise might have a different underlying cause.

This Youtube video explains what to do about noises coming from your dishwasher:

There are several reasons the dishwasher might be making noises while turned off. Fortunately, it should not be too hard to figure out the cause. If you can’t figure it out yourself, a technician should figure out the cause of the noises rather quickly. 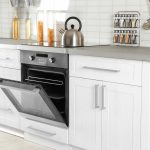 Oven Making Noise When Off 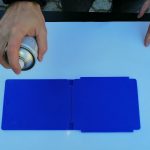 Best Clear Coat for Plastic in 2021

How to Keep Couch Covers in Place: Best Methods

Can You Use Dry Erase Markers on Mirrors?