One of the most infuriating things that can go wrong in a bathroom is the toilet seat not staying up. Every time you try to put it back up, it slams down, making that awful, clanking sound.

But as frustrating as it can be, a wonky toilet seat is usually a pretty easy fix. You just have to figure out what’s causing it to fall down in the first place. Then, you’ll be able to repair it in no time, and without breaking a sweat. Here’s how.

Why Does Your Toilet Seat Keep Falling?

Unless you get to the root of the problem and figure out who or what is messing up your toilet seat, it will keep happening in the future. So here are the most common things that are making your seat fall down.

Having a Heavy Hand

Some people (especially little kids) tend to have a heavy hand when putting down the seat. Usually, it’s because they’re in a rush, and they can’t be bothered to do it slowly, which everyone’s been guilty of.

However, repeatedly slamming the seat down and opening it will cause a lot of stress and damage to both the seat, as well as the hinges. The hinges will get worn down over time, and they’ll become almost useless.

If you live with angsty teens or impatient little kids, your best option is to buy a toilet seat with slow-close hinges. The hinges essentially make it impossible for anyone to slam the seat, and they’ll prevent any further damage.

Yes, a thick toilet seat does sound kind of crazy, but it’s a real thing that’s breaking your toilet. If the seat is too heavy/thick, it’s not able to support its own weight, and it’ll keep plopping down.

Over time, that kind of weight will affect your hinges, too, and they’ll start deteriorating. Once that happens, your only solution will be to buy a new seat.

The main thing that’s causing your seat to be way too thick is a toilet seat cover. Basically, that thing that looks like a shag carpet is what’s breaking your seat, and making your life hell.

Obviously, if you have one, your first course of action needs to be getting rid of it. If that stops the seat from falling, bingo-bongo, you’re done and don’t have to do anything else about it.

If you don’t have a cover and the toilet’s still falling, then the seat is just too heavy, and you’ll need a new one. But before you do, you should try pushing your toilet seat lid all the way back to the tank. Put it as far as it’ll go, and see if that changes anything.

Another pretty common culprit for a wonky seat is an unlevel toilet. Luckily, that’s pretty easy to check, and all you need is a level (obviously).

Put the toilet lid down, place the level at the center, and see what’s going on. If you don’t have a level, your best bet would be to try and download an app on your phone to check.

If the level shows that your toilet is wonky, you’ll need to buy some toilet shims or wedges. You have to slide them under the base of your toilet, making sure that there’s enough space between them. Then, using your fingers, push them as far as they’ll go.

But before you do, a word to the wise here. Don’t rush the process, and don’t use too much force. Otherwise, you might break the wax ring that’s keeping all the nasty toilet water from leaking out.

When you’re done installing the shims, close the lid again, and see what the level says. If it’s spot on, you should be in the clear. However, if it’s still falling down, then you might need to combine a few different methods.

A Seat That’s Too Far Back

Having a seat that’s too far back is often why it’s falling down so much. You see, when you install a new seat, its angle has to be beyond 90 degrees to the bowl. It needs to be comfortably resting on the toilet tank or it’ll fall down.

But if the angle is less than 90 degrees, it’ll go down as soon as you put it up. Again, there are a ton of reasons that might be causing this slant. That’s why you’ll need to do all the tests you’ve seen above to verify which one it is.

How to Fix a Toilet Seat That Keeps Falling

Now, let’s get into the fun part, and talk about how you can fix a toilet seat that keeps falling. Both of these solutions are pretty easy to do on your own.

There are a ton of reasons your (toilet seat) screws might be loose. It could be daily wear-and-tear or due to residue buildup. Either way, tackling the problem is pretty simple, and the first thing you have to do is remove the screws using a screwdriver.

If it’s too tough to do or they spin too much, you’ll need a pair of pliers and a wrench. Use those tools to hold the nuts that are on the toilet’s underside. It’ll be a massive help when it comes to loosening the screws.

Once you’ve removed the toilet seat, thoroughly clean the area where the screws used to be. Get rid of all the buildup that’s there to ensure that the screws have a clean surface to go over. Then, put the seat back on, install new screws if the old ones were broken, and you’re done!

More often than not, giving your toilet a good scrub and wiping away grime and dirt is enough to fix the problem. But if your toilet seat is still falling, you might need to invest in some rubber washers.

They can really make a difference in your seat, and they’ll help give it more support and keep it in place. The installation process is pretty simple, and you basically need to repeat what you did in the step above.

First, remove the toilet seat using a screwdriver. You should then put the rubber washers in between the screws and the toilet. Secure the seat once again, and you’re done.

Getting the Right Size Toilet Seat

Sometimes, there aren’t enough screws or rubber washers in the world to save your wobbly toilet seat. And that might be because the seat is either the wrong shape or it’s way too big for your toilet.

Toilet seats come in a few different shapes, including oval, round, square, D-shaped, and open. Putting a square seat on an oval toilet, for example, is going to lead to quite a few problems. You’ll get wobbling, falling, more dirt, and it’ll just be uncomfortable to sit on.

So like Cinderella and her glass slipper, finding the right fit is key. If you’re struggling and can’t make out the exact shape of your toilet, take a picture of it without the seat. Then, with your photo, go to the hardware store, and try to find the exact match. If you’re unsure, ask the employees of the store for some guidance.

Basically, the same thing goes for the size of the seat and the toilet. If it’s not exactly right, it won’t work, and it’ll be an uncomfortable, wonky mess. In addition to the pictures, you should also take some measurements before hitting the store.

Why Is Having a Wobbly Toilet Seat So Bad?

You’ll probably agree that a toilet seat that keeps falling over is beyond annoying. But in addition to it being irritating, it’s actually really dangerous. In fact, a fallen toilet seat injures thousands of people every year (source).

Not only that, but having a wonky seat makes it really difficult to clean, and picking it up constantly is unhygienic and kind of gross. It can also lead to you having to use heavy-duty cleaning products often, which aren’t good for your skin.

What’s more, not repairing it will cost you a lot of money in the future. You’ll have to replace the seat sooner, and it’ll be a never-ending cycle.

Benefits of a Stable Toilet Seat

The most obvious benefit of having a stable toilet seat is not worrying whether it’ll slam down on your genitals while peeing. But there’s also the added bonus of not having to constantly touch it, and not getting germs on your hands.

What’s more, a stable toilet seat is much more kid and elder-friendly, and you don’t have to worry about anyone getting hurt. It’ll also save you a ton of money, and give you the peace of mind you need while you’re in the bathroom.

Having a toilet seat that keeps slamming down and falling is both dangerous and annoying. Luckily, it’s a pretty easy fix, and you can do it with only a few tools or gadgets. But before you make any moves, get to the bottom of why the seat is falling down, and then take action. Good luck and happy toilet fixing! 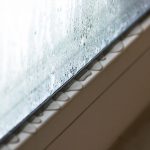 The Best Condensation Absorbers for Windows 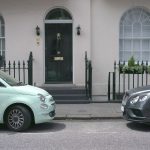 How to Keep Neighbors From Parking in Front of Your House

How to Keep Couch Covers in Place: Best Methods

Can You Use Dry Erase Markers on Mirrors?