Ring cameras allow you to view and record footage on your property, making you a lot safer at home. However, many people wonder if these cameras record constantly or not and whether they need to worry about them burning through their batteries.

Ring cameras don’t record all of the time. Instead, they record when they detect motion or when someone presses your doorbell. If you want them to record more often, you can have the camera take snapshots at specific intervals with a premium plan.

This article will discuss why Ring cameras don’t record all the time and what recording options you have. If you went through the effort to purchase a security device like this, you want to know how to use it! Here’s what you should know.

Why Ring Cameras Don’t Record All the Time

You might be disappointed to learn that ring cameras don’t record all the time. However, there are several reasons why they can’t.

With constant recording, your devices would quickly become overloaded with videos of nothing. You’d have to sort through all that footage on your own. By only recording when it detects motion, the camera saves you the trouble of dealing with empty footage.

Plus, if you have a battery-powered Ring camera, 24/7 recording would drain the batteries after a few hours — leaving you without a security camera.

Overall, there isn’t a reason for Ring cameras to record all the time. Instead, they record when they capture motion or when someone rings your doorbell. These features are intentional so you won’t become swamped with meaningless videos, and your device can run more efficiently with longer battery life.

When Does Ring Record?

There are many Ring camera models, but they should all start recording in certain situations. It’s important to note that you will likely need an active Ring Protect account, which is their premium service, to use these features.

Your Ring camera should automatically start recording when it detects motion. When you have a Ring Protect subscription, the camera sends the footage to your account. You can watch it later and even save it if you need to.

If you have a Ring Alarm device, it can also activate the cameras when it detects motion. This feature can alert you if there’s an intruder in your home, then quickly capture evidence that they were there. It activates all of your Ring cameras at once too, so it’s worth your time to link your Ring devices.

In short, whether your camera or alarm system detects motion will cause your Ring to start recording. The default recording time is 20 seconds, but you can always change this to be longer in your app’s settings.

Next, your Ring camera will record when someone pushes the doorbell if they don’t activate the motion sensor on their way to your door. All Ring devices do this, no matter their model. If you want your camera to only record when the button’s pressed, you can disable motion capture in the app.

Lastly, live view is one of these devices’ most valuable features. You need to open the Ring app or log into your Ring account online to access it. From there, you’ll see a live recording of your property.

Plus, when you open a live view, the feed is saved to your account when you have a subscription. You can use this to check up on things through the camera and save the footage if something happens.

This feature is as close as Ring gets to 24/7 recording right now. However, that doesn’t mean that you should leave the live view open all the time — Ring won’t let you record more than a few minutes at a time and will close the live view on its own. Most devices only permit 10 minutes of recording time in a row, so you can’t force it to record constantly.

Your Ring device can also capture snapshots during the day. While this feature doesn’t record, it still allows you to view a set of photos taken over several hours. Plus, you can change how often the camera takes pictures or set it to take them at certain times.

Once the camera takes the pictures, you can view them in a timeline on the cloud. If you want 24/7 recording, you could set the device to take pictures every 30 seconds. That’s a short enough period to capture anything important that happens while you’re away.

Still, while this feature is convenient, it doesn’t record footage and isn’t quite the same as having access to 24/7 recording.

How Often Do Ring Cameras Record?

Ring cameras don’t often record unless there’s motion at your door or someone presses the doorbell. You can still check the live view any time and set the camera to take snapshots as close as 30 seconds apart.

In other words, Ring cameras won’t often record on their own; there needs to be a trigger for them to start recording. If you have a lot of visitors to your home during the day, your camera will record frequently. However, if no one comes over, your camera might not record at all.

You still have options if you want to see more frequent recordings from your camera. You’ll have to open the live feed manually to start recording, or you can increase the number of times your device takes snapshots during the day. While you receive photos instead, it’s still worth it because you can set the device to capture pictures in 30-second intervals.

Will Ring Ever Offer 24/7 Recording?

While Ring doesn’t offer 24/7 recording on their devices now, could they in the future? In 2018, Ring announced that it would add this feature to its wired cameras. The idea was that Ring owners could use the constant footage to see what’s happening between motion capture events after paying a fee.

This feature would have to be for their hardwired cameras only since the constant recording would drain the battery life on their other devices. However, Ring still doesn’t have this feature several years later and hasn’t said anything else since then.

At the moment, it’s still unclear if this feature will ever come to be. The company has been quiet about the timeline to add constant recording abilities. However, they’ve never said they have plans to quit developing it.

Overall, it’s possible Ring will have 24/7 recording in the future; Ring owners don’t have a way of knowing when that would be right now. So, you shouldn’t purchase a camera now if that’s the main feature you want to get out of it.

To summarize, Ring cameras don’t record all the time. Although, you can have them capture snapshots more frequently and can change several other recording settings. Ring doesn’t make its cameras record constantly, so you won’t have to sort through hours of footage daily.

However, Ring has stated in the past that they would offer 24/7 recording features, but it’s still not available. The company also hasn’t brought it up since then. 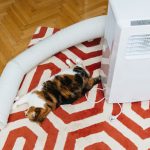 Do All Portable AC Units Need to be Vented? 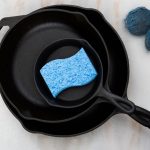 Can You Put Cast Iron in the Dishwasher?

Can Propane Tanks Freeze and Explode?

Can Wired Security Cameras Be Hacked?

How to Hang a Tapestry on a Ceiling