If you’re just getting into home improvement, you’re probably not too worried about the types of metal fasteners you’re using. Nails or screws — it’s all the same to you. But as you can imagine, screws are the stronger option for securing particularly heavy objects. With that in mind, let’s talk about how much weight a screw can hold.

As always, the question depends on several factors. If you’re just looking for something to hang your picture frames off of, this screw can handle 100 pounds of weight. But if you want a more in-depth answer, we’ll have to start by talking about what screws are.

The Anatomy of a Screw

If you like doing home improvement projects, you’ve probably come across many different types of metal fasteners. On the one hand, you have nails — which have a head, a smooth shaft, and a sharp tip. Conversely, screws and bolts both have threaded shafts and heads that can fit different kinds of drives.

The most common type of screw head you’ll see will have a cross-shaped Phillips drive. However, that kind of drive is only a small improvement on those slotted ones that fit a flathead screwdriver. Both are about as likely to cause your screwdriver or drill bit to slip off and damage the surface you’re working on.

Of course, if that’s something you’re worried about, you might want to go for square Robinson screws or star-shaped Torx screws instead. Those kinds of drives are generally more secure while you’re drilling. Better still, they usually come with a drill bit that fits the screws.

On top of all this, the screws you’ll find on the market can have different head shapes. For example, they can be flat or rounded on top. Screws can also be beveled toward the shaft, allowing you to countersink them into the surface you’re working on. But those things generally don’t impact the screw’s weight capacity.

Now, if you look at the screw from the side, you’ll see the shape of the shaft. Most screws have a smooth shank right under the head before the threaded part of the shaft begins. Toward the tip of the screw, the shaft narrows to a point, allowing you to drill the screw directly into the surface you’re working on.

The difference between screws and bolts is that bolts don’t have a sharp tip. After all, you’d usually secure those kinds of fasteners on the other side of the surface they’re going through with a corresponding nut.

Those are the basic things you should know about screws, but these aren’t really the determining factors for answering the question we started with today. With that in mind, let’s talk about what makes some screws stronger than others.

Factors That Impact the Weight Capacity of a Screw

There are several things that can affect the amount of weight you can place on a single screw. You have to consider:

With that in mind, let’s see how you can get your hands on the appropriate screw for your project.

The Size of the Screw

When it comes to sizes, screws have three numbers you should look out for. The first is the diameter of the thread, which is often the first number you’ll see on the packaging. The most common wood screws are numbers 6, 8, and 10.

Naturally, the thinner the screw is, the more brittle it’ll be. That’s why most drywall screws, which have a number 6 diameter, tend to break off more easily than thicker carpentry screws.

The next number you’ll find on a box of screws indicates the number of threads per inch. Most commonly, you’ll see 24 or 32 threads-per-inch bolts and screws. But that number will only be important if you’re looking to replace a machine screw or match a bolt with the appropriate nut. Alternatively, you might want to get fine threads for hardwood and coarse threads for softwood projects.

While thread count won’t affect the strength of your screws much, their length certainly will. Depending on the kind of material you’re working on, the length of the screws can definitely increase their carrying capacity. But before we talk about that, let’s see how the material the screws are made of affects their durability.

The Material the Screw Is Made Of

Most screws are made of steel, brass, titanium, or bronze — so is it any wonder they’re so tough? Well, more pliable metal fasteners like nails are also often made of steel, iron, copper, aluminum, or bronze. So why do the same metals behave differently in these two kinds of fasteners?

Ultimately, the processing of the material can make it take on different properties. For example, production screws — otherwise known as multi-purpose screws — are often made of reinforced steel. As such, they’re much more durable than other kinds of screws, though that also makes them more expensive.

Luckily, there are other ways to ensure that your screw can hold the weight you want to put on it.

The Surface You’re Working On

Previously, we’ve delved into the question of how much weight you can put on a nail that’s going through drywall. So we know that the properties of the material you’re driving a fastener into have something to do with its carrying capacity.

In this case, using a screw to hang something on drywall would have similar results as using a nail. After all, the drywall would be doing the heavy lifting. But as in the previous article on this subject, locating the wooden stud behind the drywall should increase the carrying capacity of the screw.

Generally, the more solid the material the screw is entering, the more weight it’ll be able to take. So a screw in a concrete wall should be able to hold even more weight than one that went through wood.

Then again, you can always increase the strength of the screw by using anchors and plugs. You’d just drill a hole in the surface you’re working on and insert the plastic or nylon plug into it. When you drive the screw into the anchor, it will expand and grip the surrounding material, providing a more secure grip and increasing the weight capacity of the screw. Just make sure you know which anchors go with which screws by checking out this informative video.

Are Screws Stronger Than Nails?

As you now know, the material you’re driving your screws and nails into is crucial to determining how much weight these fasteners can bear. In a previous article, we explained that a nail that’s going through drywall and into the wooden stud behind it can bear about 20 pounds of weight. Conversely, one that’s doing into the drywall could only take 10 pounds of weight at most.

Even so, there are advantages to using nails for certain projects. For one, you don’t need a drill to push them into the materials you’re trying to bond. Moreover, nails are more likely to bend than break if materials start shifting laterally thanks to their shear strength. Due to the different material composition of screws and the threading along the shaft, those fasteners are much more likely to break in that scenario.

Still, screws have more tensile strength, which makes it difficult to pull joined surfaces apart. Those threads that can sometimes make them prone to snapping also make it nearly impossible to separate the materials you’ve screwed together. Unlike nails, you couldn’t remove screws with a simple pry bar.

Knowing all that, you can see which type of fastener is the winner in our debate. When it comes to holding weight, a nail would bend under pressure simply because it’s softer than screws. Because of that, screws can certainly hold more weight than nails.

Moreover, they will never budge from the material you’ve driven them through. Conversely, nails sometimes slip out of walls when you use them to hang particularly heavy objects. Having said all that, it’s time to put a number to the impressive claims.

How Much Weight Can a Screw Hold?

Ultimately, a single screw should be able to hold between 80 and 100 pounds of weight in the right conditions. As we have established, it all depends on the length of the screw and the materials you’re driving them into. And naturally, the more screws you use, the more support you’d have. 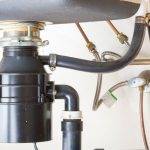 Can You Put Drain Cleaner in a Garbage Disposal? Let’s Find Out! 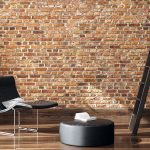 How to Hang Things on Brick Walls Without Drilling