Rusty screws present a potential hazard, so most people end up throwing them away and getting new ones. However, if you remove the rust, the screws will be entirely usable again, and it’s easier to do so than you think.

Here is how to remove rust from old screws in 8 easy steps:

So, let’s walk through these steps together and remove the rust from your screws. I’ll teach you what you can use to remove rust, how to do it, and how to prevent the rust from coming back.

Removing the rust isn’t that difficult, as there are many possible solutions. However, before getting rid of the rust, you first need to remove the rusted screws from wherever they are screwed in, which is rarely an easy task.

There are a couple of things to look out for to determine the approach you need to take to remove the rusted screw:

With that said, here are some methods to try when trying to remove rusted screws:

Rust makes the screw stuck in its place, but by adding a lubricant such as a grease or another oil-based product, you will loosen it up and hopefully be able to unscrew it.

Apply the grease one inch away from the bolt head to avoid getting it stuck in the bolt drive. If it doesn’t work the first time, you can try again, but clean up all the old grease before you do so.

If you have a torch or a similar heat source available, you can use it to heat the rusted screws. This method is a bit hardcore, and you need to be careful not to injure yourself or damage the material where the screw is.

When fire reacts with metal, it causes it to expand, which may cause the rust around it to crack, giving you enough wiggle room to unscrew the screw. Still, before you do anything:

Sometimes, you can remove the screw after one try, but it will usually take a few cycles because the main thing that causes the rusted area to crack is the constant cycle between hot and cold.

2. Get an Acidic Solution

Acidic solutions will eat through rust, helping loosen corrosion from your screws.

Although quite a few solutions will work, vinegar is the most popular option since most people already have it in their cabinets.

Vinegar contains acids that are very effective in removing rust from metal. When choosing the vinegar you use for removing the rust, make sure that it is undiluted. You can check this on the label.

Many vinegar products contain a high percentage of water, which weakens their acidic contents and will make them less effective in removing the rust. For this reason, white vinegar is a great option to choose as the acid it contains is very strong.

Still, vinegar is far from the only method you can use for removing rust from screws, even though it is probably the most convenient one. Here are some solutions you can try:

3. Put the Screws and Solution Inside a Container

Once you have your acidic solution, find a small container or a bottle and put the screws inside it. You might ruin the receptacle and stain it with rust, so only use something you don’t mind tossing out.

Then, pour the acidic liquid or powder into the container, covering the screws entirely, and maybe a little more. If possible, cover the container or cap the bottle, and shake it up every so often to dislodge the rust.

Give some time for the acidic elements to react with the rust.

Depending on the chemical you use, it may take longer for the rust to become dislodged.

Hydrochloric acids and phosphoric acid work within minutes. If you leave your screws in these acids for too long, they could eat through the metal, damaging your screws’ threads. So, be quick when you are using these solutions.

However, vinegar, lemon juice, or baking soda usually takes a little over 10 hours to dissolve rust completely. So, it would be best to soak the screws for a whole day when using these materials.

5. Take the Screws Out of the Bath

When the solution you have soaked your screws in has become darker and rust-colored, it’s time to take your screws out of the bath.

When working with hydrochloric or phosphoric acids, be very careful. You will need to wear gloves, long sleeves, and closed-toed shoes to protect yourself from acid burns. Collect the remaining solution and dispose of it in a waste containment center to avoid burning other organisms or your drains.

However, if it’s just vinegar, lemon, or baking soda, you can use your hands and discard the solution in the garbage.

6. Scrape the Screws With a Sponge or Small Brush

Although the solution has most likely gotten rid of all the rust, you should also scrape the screws. It’s best to give them a thorough scrub with a sponge or brush like an old toothbrush, wire brush, or old dish brush. 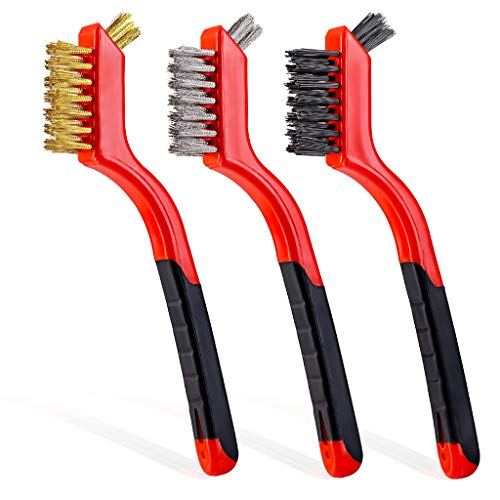 You should do so under running water. Rubbing off the crusty rust spots will eliminate any remaining rust and clean off the solution, helping protect your screws from any further damage.

The next and final step is to dry the screws.

You don’t need to let them air-dry and lose a few more hours of your precious time. Instead, you can simply rub them with a cleaning rag until they are completely dry.

If you have a lot of screws to go through, switch to new rags once the old ones get damp. Otherwise, it won’t take long for new rust to appear, and you will have the same problem all over again.

7. Prevent the Screws From Rusting Again

If you want to avoid encountering a problem with rusted screws, there are a few preventive measures you can take. Firstly, though, it is essential to understand why rust appears.

Rust appears when you expose the iron from the screws to moist air. The water and oxygen in the atmosphere react with the metal and form hydrated oxide– rust.

Knowing this, you can now take some preventive steps to stop this from happening:

WD-40 would be an ideal lubricant for your screws as it drives out moisture and acts as a corrosion inhibitor.

Rust can appear on screws due to exposure to air and moisture, making them very difficult to remove or use. Thankfully, you can try some of these methods to remove the rust: 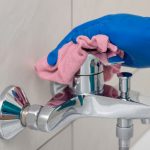 How to Remove Hard Water Stains From Stainless Steel 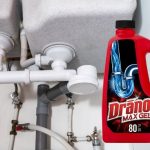 Is Drano Bad for Your Pipes?