We’ve all had practical jokes played on us, and when we want to get back at someone and repay them with a practical joke of our own, the good ole’ penny-locking a door – or pennying up a door, as some people call it – is a timeless one that everyone appreciates. Whether the victim is a family member or a friend, this is a funny practical joke indeed, and it is harmless as well.

What Is Penny-Locking a Door?

In simple terms, it means jamming pennies between the door and the hinge from the outside of the door to temporarily lock it. When pennies are jammed into the door this way, people cannot open it from the inside, and as you can imagine, this is a big pain-in-the-butt to most recipients of this joke.

If you’d like to try this joke yourself, keep in mind that it only works with certain door jams. This means that you have to inspect a door before you decide to enter into this penny-locking practical joke adventure, because you certainly don’t want to bring a bunch of pennies to a door then find out it won’t work!

The best part about this practical joke is that, provided the door jam is the right one and you know what you’re doing, it can be a lot of fun for both the joker and the recipient of the joke. In the worst-case scenario, the person inside of the door will have no choice but to remove the door from its hinges to open the door and step outside of it.

Steps to Locking a Door with Pennies

What Can Go Wrong

Naturally, things can go wrong with this joke. If the door isn’t well-made or if the frame is loose, you won’t be able to make the joke work like it should. Of course, there will be no harm, either, so if you’re looking to use this on your next practical joke victim, you might as well go ahead and give it a shot because you have nothing to lose but a few moments of your time!

Playing a practical joke on someone is always a fun thing to do. The penny-locking trick is simple and it takes nothing but a few pennies to make it a success. You can play this trick on a college roommate, a pesky brother or sister, or even a friend or family member who is always playing a joke on you and everyone else.

Becoming a ninja joker is easy with this practical joke, which is why it is used so often as a revenge joke on someone. Following each step exactly as described is important but at the same time, this is also a simple joke that anyone can do. This practical joke, in fact, is the perfect prank to play on college campuses, especially if you belong to a sorority or fraternity, in part because it doesn’t hurt anyone and it is practically harmless. 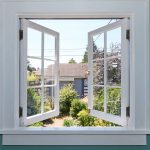 Does Opening Your Windows Reduce the Humidity Inside Your Home? 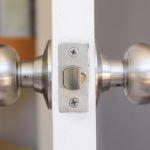 How to Lock a Door Without a Lock

How High to Hang a Mirror Over a Dresser: What to Consider