These days, the internet is becoming more important than ever. As a result, many people are trying to find ways to improve their connection. But does opening the doors help wi-fi?

In theory, removing blockages, like doors, can help you boost the wi-fi signal and give you a faster connection. However, in most cases, the differences felt by opening the door will be small and any improvements are often unnoticeable.

To improve your wi-fi connection, you need to understand how walls and doors affect the signal. Let’s take a closer look at this.

As we’ve seen, doors can have a minor influence on wi-fi signals. But why does this occur? How do doors affect wi-fi?

The wi-fi signal needs to travel from the router to your device. In most cases, this journey will take a few milliseconds.

However, there are some cases where the signal might slow down slightly, as it needs to pass through the door.

The speed at which your signal moves from the router to your device tends to be measured in megabytes per second. By tracking this, you can find out what differences closing or opening the door makes. But what impacts signal speed?

In this case, you’ll need to think about the thickness of the door, the types of material it’s made from, and the positionof the wi-fi router.

The thicker the door, the more difficult it will be for the signal to get through. This principle also applies to other aspects of the room, like the walls or ceiling.

You might also want to think about the type of material that the door is made from. The denser the material, the longer it will take for the signal to get through.

By opening up doors, you will remove this blockage, allowing the signal to reach your device faster. However, this change will only be noticeable if the door was very thick or dense.

You might also want to experiment with the positioning of the wi-fi router. Ideally, you should have a direct line between your device and the router. This ensures that there aren’t any structural elements that can block the signal and slow down the wi-fi speed.

You might also want to think about how close you are to the router. The further away you are, the weaker the signal will become.

Can You Boost Wi-Fi Signal?

In some cases, you might want to find a way to improve the wi-fi signal. By doing this, you will be able to enjoy faster internet speeds. But can you boost the wi-fi signal strength?

First, you might want to remove any structural problems. For example, try to experiment with leaving the doors open. This won’t have a big effect, but it might produce a slightly faster internet speed.

You might also want to change the placement of the router, to see if that makes any difference to the signal strength. If this doesn’t work, you can turn your attention to the signal sent from the router.

How To Optimize Your Router

In some cases, you might have a problem with the way the router has been set-up, rather than a weak signal. But how to optimize your router?

First, you should check the signal that you are using. In some cases, you might be trying to use the same frequency as your neighbors. This can often result in the two waves canceling each other out, decreasing your signal strength.

To prevent this, you will need to make sure that the system is set to the automatic frequency, rather than a fixed one. This means that it will automatically detect if anyone else is on the same frequency and change the one it’s using.

You should also try to set it away from other electronic devices, which can also sometimes interfere with the system.

It also lets you specify how much priority will be given to each task. For example, you might want to give the work computer more bandwidth than the TV.

Once you’ve optimized the router, you should start to notice an improvement in the internet speed. But there might still be significant structural obstructions blocking the signal and slowing down your internet speed. You might be able to solve these using a wi-fi range extender.

This device attaches to the router and allows you to produce a stronger signal. This will allow it to get through thick doors or walls, without losing too much speed.

These devices tend to be very easy to install, often coming with detailed instructions. If you feel like this might be able to solve your problems, you might want to try out this one.

Doors might have a slight impact on the wi-fi signal, as it takes more effort to penetrate through the thick material. However, this effect generally tends to be pretty small, so you won’t notice it too much. If it is having an impact, you can try opening the door or moving the router around. However, the best option tends to be to install a range extender, which boosts the signal. 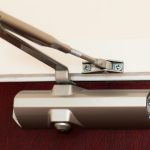 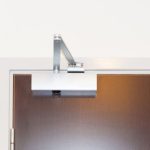 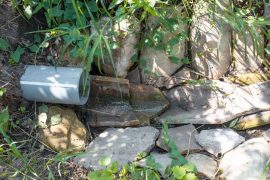 How to Stop Water From Running Down a Hill

Spray Painting a Basement Ceiling: What You Need to Know 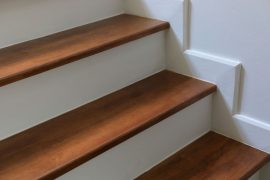 5 Alternatives for a Stair Skirt Board