Toilets can be pretty whimsical — sometimes, they seem to have a mind of their own. Whether they are quick to start producing unusual sounds or clog unexpectedly, all of us will eventually have to deal with the many issues that our ceramic bathroom occupants are prone to developing over time.

With that said, have you experienced a runny toilet before? Or does it currently run randomly for a few seconds? If so, keep on reading because this article will address the WHYs and HOWs of runny toilets.

Your Toilet Can Develop Its Own Phantom Pain

Perhaps you have had the unfortunate pleasure of doing your “bathroom business” and stepping outside to happily move on with your daily life, only to return to the sound of water leaking from your toilet during your next bathroom visit. If so, you have come face to face with what is known as phantom flush.

Under normal circumstances, the water in your toilet tank should stop running within a minute after being flushed. However, there may be some internal or external issues that are preventing the toilet tank from adjusting its water levels accordingly. Luckily, pinpointing and addressing the phantom flush can be a simple and straightforward task, so let us get right into it.

What to Do if Your Toilet Randomly Runs

To tackle the issue of a runny toilet effectively, you may need to have cutting pliers, a multi-bit screwdriver, and some toilet tank replacement parts at your immediate disposal.

A flapper regulates the flow of the water in the toilet tank. When raised, it causes the water to enter the tank. Once the tank is filled, it prevents further water intake by dropping down and sealing the tank. However, if the flapper is damaged or decaying, it disrupts the water circulation in the toilet tank. As a matter of fact, faulty flappers are the most common cause of phantom flushing.

Start by cutting the toilet tank’s water supply and flushing the toilet. After cleaning the remainder of the water from the tank, remove the existing flapper and install a new flapper in its stead. Once you are done, turn the water supply back on and begin the testing.

If your new flapper is not sealing the water’s entry point correctly, the water will continue to run randomly or the tank will start filling by itself. A good rule of thumb is to know the approximate dimensions of your original flapper when looking for a replacement. However, you should also keep in mind that even if the new flapper fits perfectly, water pressure can cause it to fail. Ultimately, you may need to adjust water pressure as well.

A chain in the toilet tank helps the flushing mechanism work. Once you pull the lever, it lifts the flapper and allows for the water to enter and refill the tank. This means that if the chain is too short, it will not allow the flapper to seal the water flow in the first place.

On the other hand, if the chain is too long or attached to the wrong link, it can get stuck beneath the flapper and prevent it from sealing the water flow accordingly.

The solution to this issue is quite simple. After gaining entry to the innards of the toilet tank, adjust the chain’s optimal length to prevent the phantom flushing from recurring.

Toilet tanks feature a float device that is commonly known as a ballcock. Granted, this term can also be used to refer to the mechanism itself. Either way, toilet float regulates the amount of water present in the toilet tank.

It is responsible for preventing the water from overflowing by utilizing a mechanism that shuts down the water supply once the pre-set water threshold is reached.

In contrast, if the water levels are inconsistent and the float is above average, the water will dispense to the overflow tube. As such, phantom flushing can be attributed to copious amounts of water in the toilet tank as well.

If adjusting the float does not resolve the issue of your runny toilet, you may ultimately need to look into a replacement ballcock. While the ballcock replacement is not as simple as the previous solution, a well-structured DIY tutorial can help guide you through the process. However, there are additional parts of the toilet tank system you should inspect first.

In comparison to the rest, this cause may seem like a bad joke. Still, the toilet handle can be one of the miscreants causing the incessant water expenditure. If the toilet handle fails to return to its original position after flushing, it practically causes all of the aforementioned issues to arise. Therefore, a faulty toilet handle can ultimately lead to phantom flushing.

The simple and straightforward solution is to ensure that the toilet handle returns to its default position manually. Depending on the toilet tank and the severity of the handle’s dysfunctional behavior, you may or may not need to remove the lid of your toilet tank to tend to the handle’s adjustment.

One of the most common causes that can lead to a toilet handle failure is stopping the flushing abruptly. Take care not to manually stop the flushing process of your toilet mid-way, as it can inconvenience you further down the line.

6. Inspect the Toilet Tank From the Outside

If none of these five potential causes apply to the issue of phantom flushing present in your toilet, it is time to look at the outside of the toilet tank. You should take a peek behind and under the toilet tank to look for any signs of leakage.

While it is true that phantom flushing can occur if the plumbing or the tank itself is faulty, this may lead to more severe issues shortly after. In that case, you should consider replacing the entire unit if necessary.

Why You Should Fix a Toilet That Randomly Runs

All things considered, a few unsolicited phantom flushings are unlikely to cause an upheaval in your household. However, you should see that you prevent the unruliness of your runny toilet as soon as possible because of the following:

Although you may accidentally miss or choose to ignore the first couple of phantom flushings, they are not likely to stop in their tracks without any physical intervention. In addition to the phantom flushing becoming more prevalent over time, it is going to become louder as well.

It Can Cause Flooding

In severe cases, your runny toilet can have your work cut out for you. As such, if you spot a leakage alongside occasional phantom flushing, tend to it immediately.

It Is Expensive in the Long Run

If you do not like the idea of having something go down the drain, then flushing your money down the toilet should sound equally unappealing — if not more.

To put this into perspective, your water bill will undoubtedly increase. Depending on the size of your household and the number of its inhabitants, you could end up wasting thousands of gallons of water per single toilet in a month. As a result, you can expect an increase of up to two thousand dollars in your annual water bill.

Do Not Let Your Runny Toilet Run Your Life

Even if your toilet runs randomly for a few seconds only, acknowledge the issue for what it is — an environmental and a financial hazard. Addressing it on time will help prevent a lot of headaches and unaccounted investments that may arise if you leave the phantom flushing unattended.

To that end, we hope this article will have proven useful. Ultimately, if you are unsure of your handyman skills, remember that you can always turn to a professional plumber to fix the issues you are experiencing with your runny toilet. 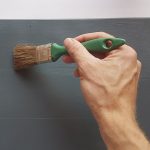 Can You Put Polyurethane Over Paint? 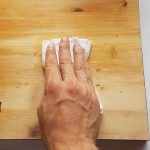 Can You Apply Polyurethane With a Rag?