Battery-operated smoke alarms and hardwired alarms are the most common types of smoke detectors out there. When a smoke detector starts beeping, it is usually because of a fire or to let you know that it is time to change its battery. So will taking the battery out of a smoke detector stop the beeping?

If you have a standalone battery-operated smoke detector that is not connected to your home’s power supply, you can stop your smoke detector from beeping by simply removing its battery (or batteries).

Before you do that, however, it is strongly recommended that you check every single room in your home to rule out any dangers.

If your battery-operated smoke detector keeps beeping or chirping, locate its test button and long-press it for ten seconds. This will drain any voltage that has remained in the smoke detector, stopping it from beeping again due to a low battery signal.

Upon doing this, you may hear one last beep or chirp, which basically means that the smoke detector is ready for a new battery.

With most smoke detectors, you need either a pair of AA batteries or a single 9V battery. Make sure to install the new battery correctly, paying attention to the placement of each terminal.

After changing the battery or batteries, reattach the smoke detector to its bracket. Then, long-press the test button – this time for five seconds – at which point you should hear three beeps. Doing this serves two purposes:

If your battery-operated smoke detector keeps beeping or chirping after completing all of the above steps, then it is highly likely that it has expired.

People often forget that, like many other devices, smoke detectors have a limited lifespan (usually ten years). If your smoke detector is older than ten years, it may be time to get a new one.

If one of your hardwired smoke detectors is beeping, but you are sure that there is no fire in your home, you may need to change its battery. If all the smoke detectors in your home are beeping simultaneously, then there has probably been a power outage – in this case, the beeping sound is meant to alert you that the power is gone.

To change your smoke detector’s battery, detach it from its base, unplug the clip that is attached to it, take the battery out and press the test button for ten seconds to drain any leftover voltage. Once you have done that, replace the battery.

If your smoke detector still keeps beeping even after removing its battery, then it is possible that your device is equipped with a capacitor.

As annoying as they may be, capacitors are actually extremely important as they ensure that smoke detectors do not stop working as soon as their batteries die/are removed. This way, you will know when it is time to replace your smoke detectors’ batteries.

How should you deal with a smoke detector that keeps beeping because of its capacitor? Simply discharge the capacitor, replace the battery, and long-press the test button.

If you are wondering whether taking the battery out of a smoke detector will stop it from beeping, chances are you are dealing with a beeping smoke detector and are not sure what to do.

Because safety should always be your top priority, it is crucial that you first determine why your smoke detector is beeping.

When a smoke detector beeps, it is usually because of one of the following reasons:

You may also like to read: Can Steam Set Off a Smoke Detector?

Depending on the type of sensor they use, smoke detectors may also be categorized as:

Each type of smoke detector has its own advantages and disadvantages, which you will have to weigh when deciding which one to install.

Keep in mind that the National Fire Protection Association recommends using both ionization and photoelectric smoke alarms to get the best possible protection.

Always keep in mind that if your smoke detector is beeping, the first thing that you should do is check every single room in your home to ensure that there isn’t any danger: safety should always be your top priority. 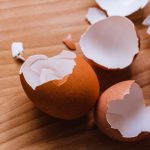 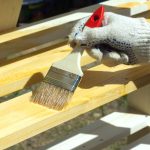 Can You Stain Wood Filler?